Coach C.K Akonnor and assistant David Duncan are only a few hours away from playing their first competitive game. The two Coaches who were appointed in January this year, have had their bow delayed by the Corona virus pandemic.

Ghana will play Sudan in an Africa Cup of Nations qualifier in November and the two friendly games against Mali and Qatar, form part of the team’s preparation towards the remaining qualifiers. Coach Akonnor will miss the services of goalkeeper Richard Ofori, Jefferey Schlupp and Mohammed Kudus. Both Kudus and Schlupp are recovering from injuries. 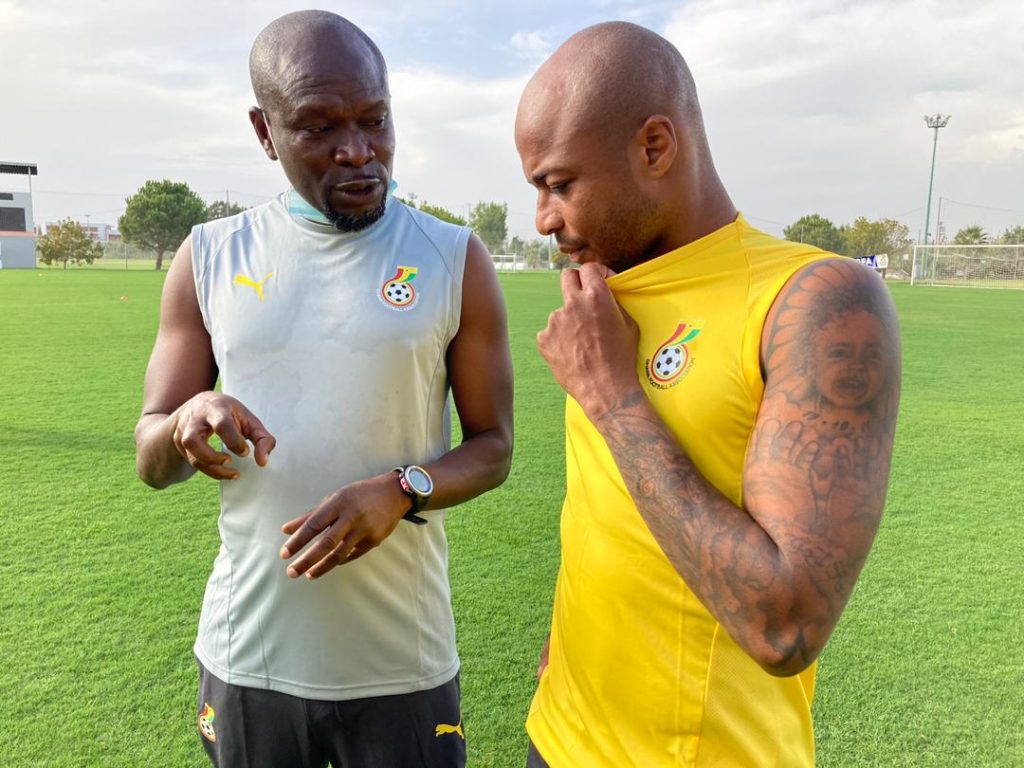 Akonnor had the full compliment of his team on Wednesday as 19 players trained at the Emir sports complex in Antalya, Turkey.

For Ghana, the absence of Richard Ofori presents a golden opportunity to the Coaches to try Razak Abalora and Lawrence Ati-Zigi. Zigi has been in brilliant shape for St. Gallen in Switzerland featuring in all three League games this season. The two goalkeepers have been sharp in training, trying to catch the eye of the technical team. Youngster, Benson Annang who plays in Slovakia is relishing the chance of getting his first cap for Ghana as he keeps making waves in training with some decent crosses and interceptions. Annang, a 20-year-old right back, is filling in for Andy Yiadom who got injured one week before the International break while on duty with Reading FC.

Kassim Nuhu and Nicholas Opoku have been putting in some amazing drills in training and could be called upon to play in the heart of the defence. 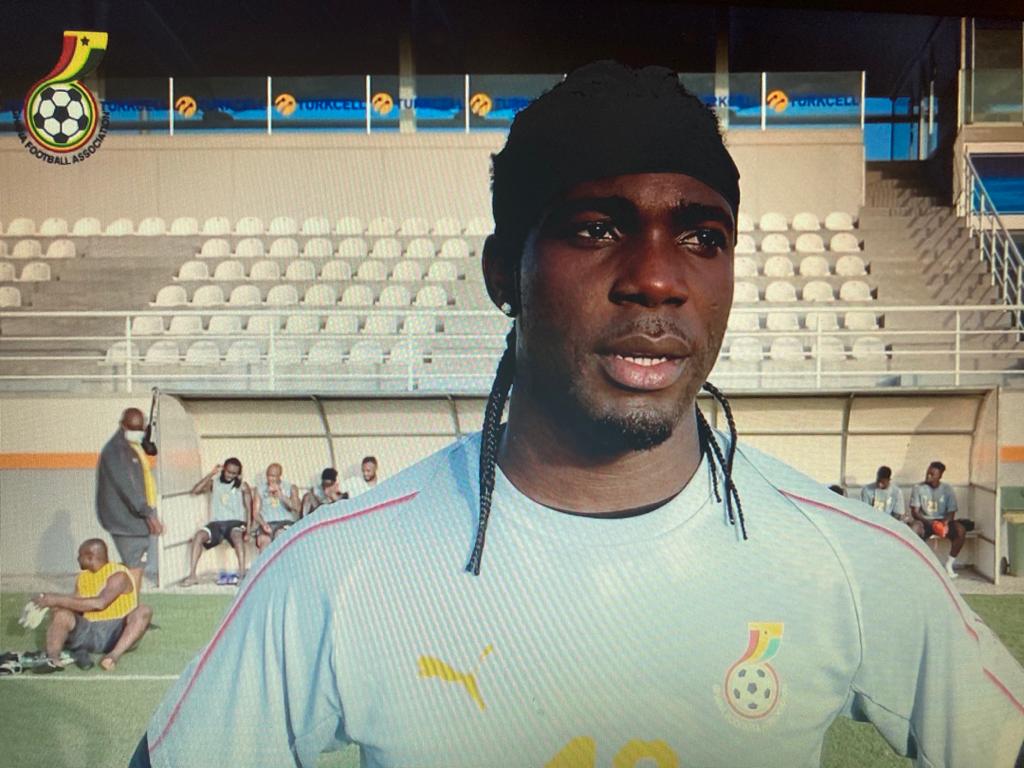 Besiktas midfielder Bernard Mensah who played for Ghana back in 2015 in an International friendly against Togo in Accra, is looking for the chance to impress his handlers. Bernard has been doing well in training with some long-range shots and brilliant passes. For Emmanuel Lomotey, it will be a dream come true to play his first senior game for Ghana. Lomotey, has featured for the Olympic team and Black Stars B. But the opportunity to play for the senior team is unquantifiable. 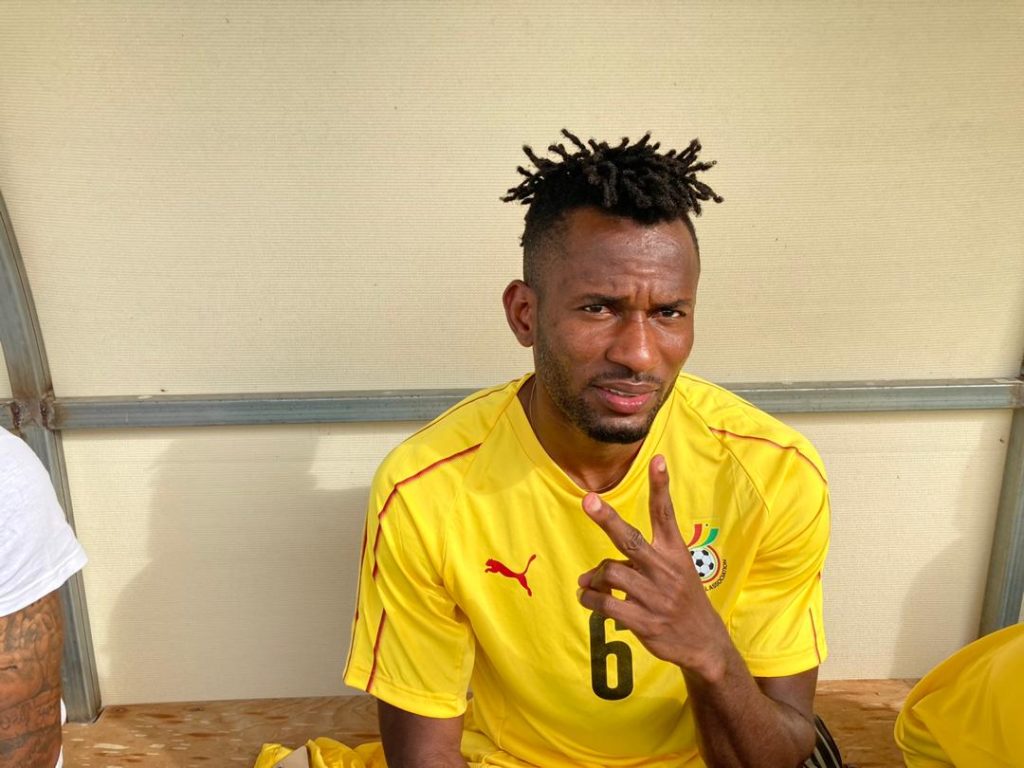 Meanwhile, Mali Head Coach Mohammed Mogassouba spoke highly of the quality of Ghana but was quick to admit that his team has individual brilliance and the right character to give C.K Akonnor’s side a good test on Friday. Mali have always proved a difficult customer for Ghana in all competitions at different levels of football. On two occasions, they beat the Black Stars to clinch Bronze at the Africa Cup of Nations in 2012 and 2013 in Gabon and Equatorial Guinea and South Africa respectively.

The Malians have had to deal with Adama Traore’s decision to play for Spain, a stance that has irritated many football fans in Mali. But they still have firepower in Moussa Djenepo who plays in the English Premiership for Southampton. Djenepo has played five games in the 2020/2021 season scoring one and making one assist. His team mate, Moussa Barega who plays for FC Porto is rated as one of the best forwards in the Portuguese League.

His 15 goals last season looks very impressive but one thing that is obvious is his inability to replicate that form at the national level. He plays with pace, power and strength and will be a handful for the Ghana defence on Friday. Mali boasts of some fine defenders like Falaye Sacko, a player who plays in Portugal for Vitoria Guimarães, Massadio Haidara of RC Lens and Molla Wague who plays for Amiens, on loan from Nantes. 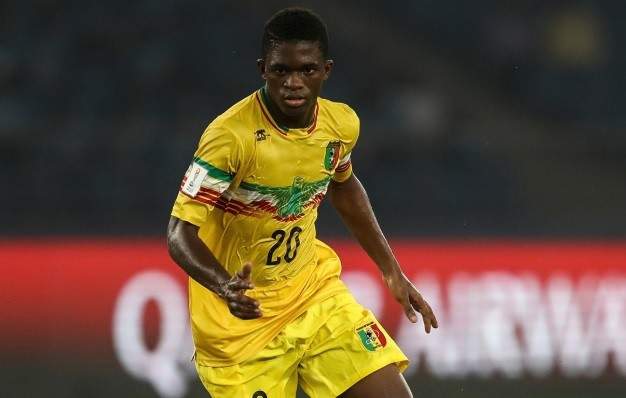 In Cheick Doucoure of RC Lens and Amadou Haidara of RB Leipzig they have steel and strength in the heart of the pitch but that will be equally matched by the dexterity of Thomas Teye- Partey and the industrious Bernard Mensah. Partey’s deadline day move to Arsenal from Atletico Madrid has boosted his confidence and Ghana stands to be the biggest beneficiary. 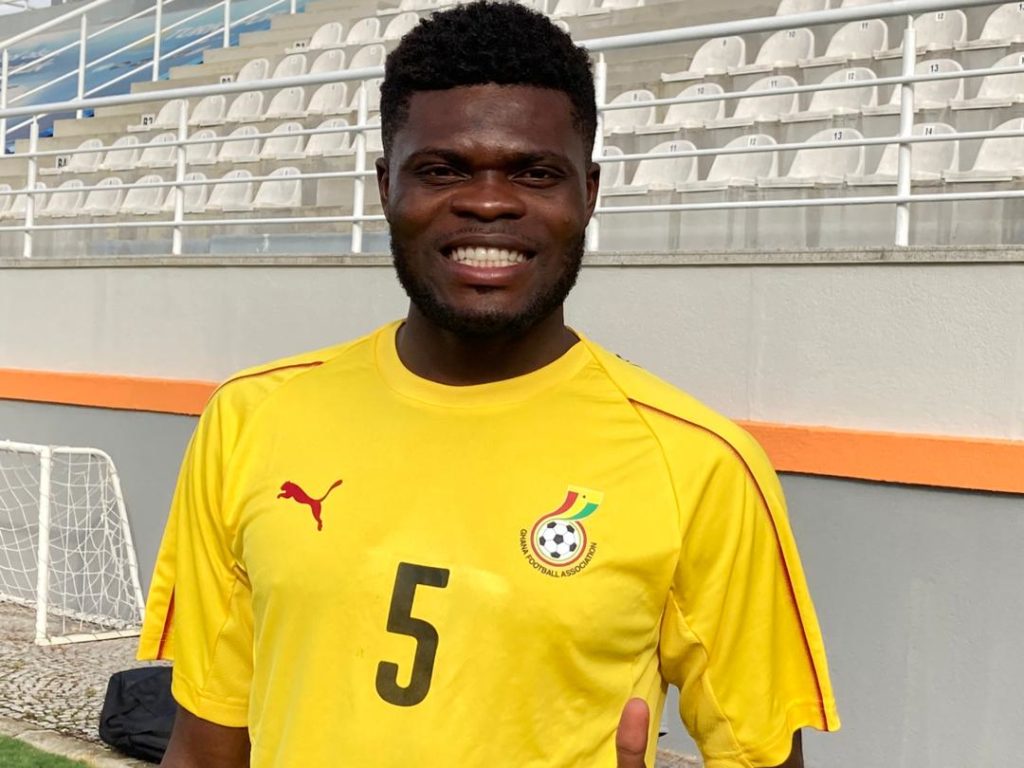 In Captain Andre Ayew, Ghana boasts of a man capable of carrying the team on his shoulders and leading by example. The Swansea City attacker who finished last season on a high, was rated as one of the best players in the Championship. 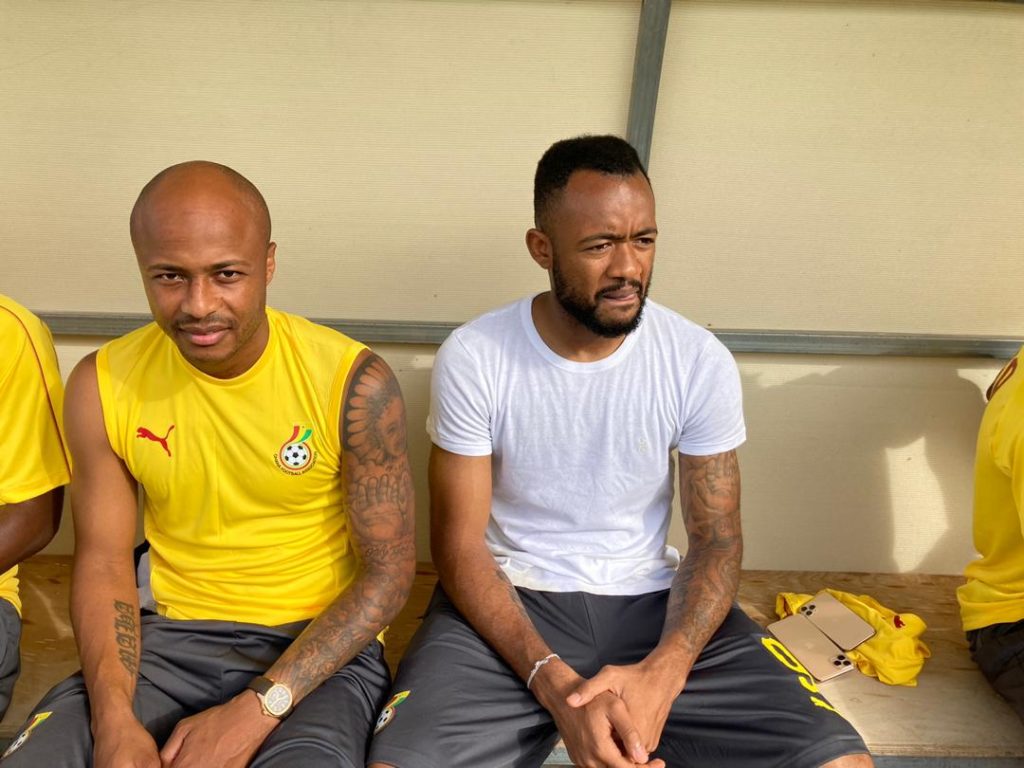 He is expected to bring his experience and tenacity on this young crop of players in the two friendlies. With over 85 caps and 15 goals for the national team, one can only hope that he stays fully fit to do his job. Baba Iddrisu is one of the players who impressed immensely in Europe last season, his display for Real Mallorca was absolutely magnificent.

He grabbed his chance last year under Kwasi Appiah when he earned his first cap against South Africa in Cape Coast. Iddrisu has been lively in training since he arrived and would give the Head Coach some selection headache. Another talent who has been given flashes of his old self is Vitoria Guimaraes left back Gideon Mensah. He gives options both in defence and in attack.

Jodan Ayew has been impeccable in recent years for both club and country and Coach C.K Akonnor, will heavily rely on him to lead the lines for Ghana. The Crystal Palace man has improved tremendously with his link play, shooting accuracy and conversion rate. Jordan scored 9 goals and made two assists for Palace last season as he won the player of the season at Selhurts park. 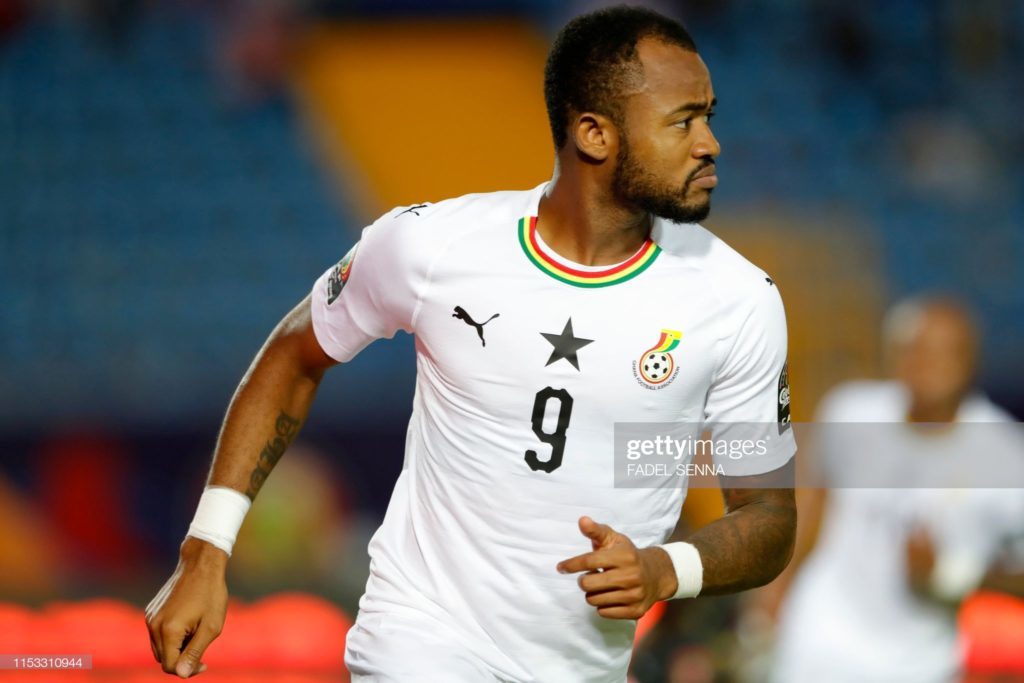 The Malians also have players with similar quality. Yves Bissouma of Brighton and Hove Albion and Abdoulaye Doucoure of Everton FC will have something to prove on the day.